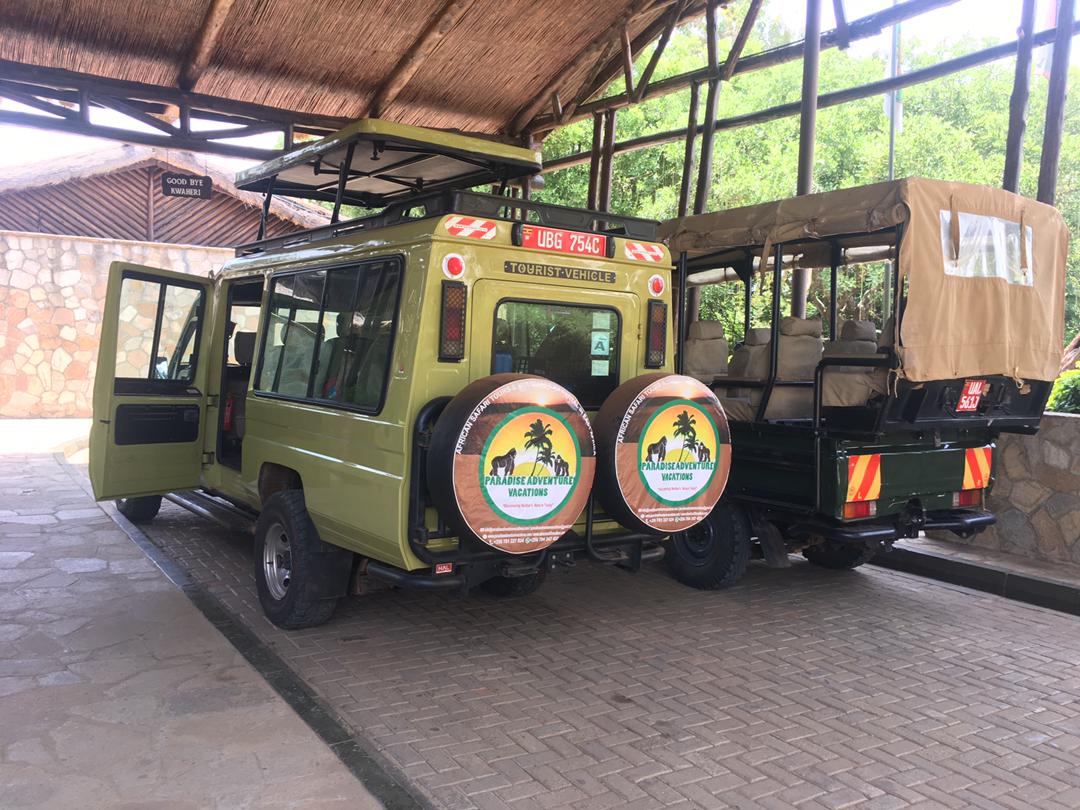 Why Uganda is called the Pearl of Africa

Uganda Pearl of Africa  a phrase created by Winston Churchill. An early explore after his visit to Uganda in 1908. He found Uganda with a unique environmental attributes. And the moderate climate due to the country’s nearness to equator, color, hospitality of the people among others. Considered Uganda above all the countries in Africa.

During the 1907 Winston Churchill had a trip in Uganda. When he discovered that Uganda offers a lot more beyond once imagination. In 1908, he wrote a book entitled ‘’my African journey’’ referring to his trip in Uganda. There are no words to describe Uganda. The best thing to do, is to visit the country. And you will clearly understand why Winston Churchill referred Uganda to the Pearl of Africa.

Uganda is the most friendly, safe, welcoming and joyous country in Africa, Ugandans are welcoming people with rich culture; Ethnic groups such as Baganda, Banyankole, Bakiga, Bunyoro, Batoro, Langi, Acholi, Lugbara, Karamojong, Basoga, Bagisu, among others. The Baganda  considered to be the largest ethnic group in the country.

Uganda has fertile soils, good climate; Uganda’s climate is excellent all year around and you can visit the country any time of the year. Due to the fact that the country is located on the equator. The climate is conducive but also because of it Elevation. The natural features, like the lake Victoria, the Virunga volcano, the Rwenzori mountains. As regulated the weather of the country thus making Uganda one of the best safari destination for your life time experience.

Uganda is a small and locked country but rich in biodiversity. It’s among the top ten countries in the world. Uganda  indeed gifted by nature ranging from a variety of attractions to see prolific wildlife distributed in different national parks. Uganda indeed is a home of not only the big five game but also the Big 7 wild game. That is the elephants, Rhinos, Leopards, Buffalos, lions and the additional huge number of the mountain Gorillas and the Chimpanzee. There also others like the giant crocodiles, the Nile crocodiles and over 1,160 different bird species. Uganda is a bird watching paradise. Also the endangered Nubian Rothschild Giraffes, The tropical forest, the lush savannah vegetation, lakes and rivers, the rolling hills and many more.

Uganda is really Africa’s Fruit Basket. More than 50 kinds of bananas, pineapples that is simply the Best, Passion Fruit, Mangoes, Watermelons, Jackfruit, Papayas, Citrus Fruits, Star Fruits, Avocados and even Apples Uganda is Africa’s Fruit Basket. Uganda is home to the finest avocados contained throughout the world too. This is a big field in which their industry thrives in fruit growing as is the majority of the population. There also different kinds of bananas grown, Uganda is indeed the tropical fruit paradise

Uganda has got several historical sites such as the Kasubi Tombs. The Kasubi Tombs a burial ground for the four kabakas (kings of Buganda). That was first built in 1881 on the Kasubi hill in Kampala. Namugongo Martyrs Shrine. Amabere Ga Nyinamwiru. Nyero Rock Paintings. Source of the Nile, Speke Monument. Baha’i Temple. Walumbe Tanda Pits among others.

Uganda connected to the World through a number of International Airlines. Uganda has a vibrant nightlife with tasty beers, beautiful women and handsome men.

With amazing whitewater rafting and the serene Lake Victoria also on offer. This lovely country will astound you with all that there is to see and do. Here are the most beautiful national parks in Uganda which should you give you some inspiration as to what you just have to see in this country.

The park enriched in a number of activities to be engaged. For example gorilla tracking as the main activity with an estimated number of over 400 mountain gorillas. Making half of the world’s population with the other half being shared among the two countries Rwanda and Democratic Republic of Congo. A clear definition to its uniqueness. And as major reason to term Uganda the Pearl of Africa the award that greatly symbolizes its special beauty.

Murchison falls national park is one of the largest and oldest Uganda’s national parks. With diverse wildlife to fulfill your safari visions.  Was founded early in 1926 as a reserve and later recognized as a national park 1952.  A total area 384km located in the Northern end of the Albertine rift valley. Districts of paraa and Masindi where the sweeping Bunyoro escarpment tumbles into vast. The park host about 76 mammal species and over 451 bird species. The park is also bisected by Victoria Nile which plugs into 45m over the rift valley wall. That creates the dramatic Murchison falls the centerpiece of the park.  Finally an event in 80km stretch of the river from Karuma falls rapids.

This Uganda’s most popular destination with the highest concentration of wildlife. Such as hippopotamus which floating in Kazinga channel water and the famous Tree climbing lions in Ishasha sector. The park has also got a diverse of eco-system. Which include sprawling savanna, humid forests, shady, sparkling lakes and fertile wetlands.

Kibale forest national park  one of the most magnificent protected areas. With Uganda’s tropical rainforest. One among the best that you can explore because of its outstanding attractions and the geographical setup itself.  Situated in the western part of the country. Mostly known for its 13 primate species majorly Chimpanzees, Red colobus, black and colobus monkeys and L’host monkeys among others

Despite its size, Lake Mburo National Park certainly has a number of amazing attractions that belie its small stature. With five lakes contained within its boundaries. The most impressive is the lake that gives the park its name,Lake Mburo. The huge lake stretches away in the distance. Additionally taking a boat trip on its tranquil waters which is simply delightful

The park an important protected area. With a variety attractions ranging from the Calderas found at the top of the mountain, numerous flora and fauna, over 300 bird species. Including African Goshawk, white chinned prinia, African blue flycatcher among others. Particularly in the Secondary forest and thick shrubs along the loop trail to Chepui falls. Bird watching in Mount Elgon done around Kapwai forest Exploration Centre.

Kidepo valley national park boosts diverse wildlife in its capacity at different locations within and around the park for example prudes of lions that on other occasions appear sited in valleys and on various rocks herds of elephants, buffalos giraffes, zebras, antelopes among other wildlife well spotted on when Kanangorok Hot springs, mount Mount Murungule and while in valleys when they come to drink water.

In addition to the big game animals, Kidepo valley also hosts numerous interesting land ostriches and also rich in hot springs. Attractions in Kidepo are in two valleys of Narus and Kidepo. Narus is enriched in mammals and Kidepo valley popular for hot springs and birds including ostriches which have been hunted by local people and the neighboring Sudanese.

Mount Rwenzori national park is Uganda’s highest and third highest park in Africa with beauty hidden in its raised ground of Western Uganda. The park is enriched with various attractions starting from the unique mountain vegetation cover, the glaciers, beautiful waterfalls, snowfields and numerous bird species including Rwenzori Turacos, blue headed Sunbirds, and sooty Boubou among other bird species.

This park is one of the few places in the world where the endangered mountain gorillas and the rare Golden monkeys live and it attracts people from different countries to come on Uganda Gorilla Safari. There is no doubt that Mgahinga Gorilla national park is one of the leading tourism sites in Uganda since it harbors these rare primates. Finally the beauty of Uganda can’t be fully described, visit Uganda for lifetime memories and discover far beyond your imagination.

The Best Country to visit in Africa: Uganda Pearl of Africa