When you book with an account, you will be able to track your payment status, track the confirmation and you can also rate the tour after you finished the tour.
Sign Up
Save To Wish List

When you book with an account, you will be able to track your payment status, track the confirmation and you can also rate the tour after you finished the tour.
Sign Up
1436
Arusha Airport
Tanzania
Min Age : 10+
Max People : 20
Request a Quote

Ngorongoro Crater Safari  Park – Our 3 Days Safari to Ngorongoro Crater is the best tour you can take to the Ngorongoro. Also referred to the Eden of Africa or the 8th Wonder of the world. While visiting Tanzania for just a few days, but still want to make the most of your shortest time that you have got. Ngorongoro Crater safari presently offers the rare chance of spotting the big 5 with such limited time. The Crater floor itself is not only just a small area of about 21 Kilometers in diameter but also animals be spotted in amazingly short distance.

There are certainly so many memorable places to visit on nature vacation in Tanzania. Within the Ngorongoro Crater itself, Lake Magadi, shallow, azure blue, fiercely alkaline from sodium carbonate, is fringed by hundreds of long-legged pink flamingos. Most are lesser flamingos, distinguished by their dark red bills, which eat blue-green spirulina algae.

But there are also many greater flamingos with black-tipped pink bills, slightly bent to facilitate sifting shellfish from the rich bottom mud. The lake shrinks noticeably in the dry season, leaving thick, crystalline salt pans used as licks by jackals, hyena and other animals to supplement their diet. Outside the Ngorongoro Crater (view map). But still within the Ngorongoro Conservation Area, are many other regions well worth visiting on your African Mecca expedition tour of Tanzania.

The Lerai Fever Tree Forest, which consists of tall, slim yellow barked acacias forming an airy, lace-canopied wonderland of glades, is much frequented by elephant, rhino, eland, bushbuck, hyrax, and hundreds of birds. This foliage is the preferred food of the rare, black rhinoceros, but the old forest is regenerating slowly, because of damage by elephants, which tear off whole branches rather than merely grazing. Ngorongoro Crater Safari Park

However, seedlings are spreading through the Gorigor Swamps, home to hippopotamus and wading birds, and favored drinking place of thousands of ungulates during the dry season. A younger Fever Tree forest is now forming new groves at the base of the Ngoitokitok Springs.

Lake Ndutu and Lake Maseko are also on the migratory route in the Rift Valley, not far from Olduvai Gorge. Where the ancestors of mankind began the journey towards civilization, with the fabrication of the earliest tools and the building of the first human settlements. At Laetoli, hominid footprints of our genetic ancestors and their relatives, have been found in sedimentary rock of 3.7 million years old. No Tanzanian safari would be complete without a guided tour of the excavations and modest paleoanthropological museum at Olduvai where you can also see evolutionary fossils. But we are their descendants, and in making our mother tour of Africa, we are returning to our ancestral home.

Firstly, your Ngorongoro safari with African Mecca holds endless riveting possibilities. You can certainly take gentle, guided walks to two other nearby craters. Olmoti Crater is a shallow, grassy hollow, very quiet and lovely, where Maasai pasture their cattle alongside eland, bushbuck, reedbuck and an occasional buffalo. From the south wall of the caldera, the Munge stream forms a delightful waterfall, plunging several hundred meters into the Ngorongoro crater to feed Lake Magadi. Empakaai Crater is half-filled by an unusually deep soda lake. Ngorongoro Crater Safari Park

Secondly, from the rim, you can look across an exhilarating panorama of volcanic craters and depressions towards Ol Doinyo Legai, the Great African Rift Valley, and even, in super clear weather, snows on the distant Uhuru peak of Kilimanjaro. You can walk for many kilometers around the lushly forested green bowl, frequented by blue monkeys, brilliantly colored sunbirds and red-crested turaco.

To the northeastern zone, the primeval Gol Mountains provide a surreal wilderness environment of stark, pink cliffs, enclosing the Angata Kiti pass. A bottleneck for the annual Great Migration of hundreds of thousands of wildebeest and zebra, searching for mineral rich grasses. Finally as they return to their ancestral breeding grounds in southern Serengeti and the Ndutu wilderness.

Further north-east near the border of Kenya, Ol Doinyo Lengai casts its conical shadow across the plains from the edge of the Great African Rift Valley escarpment. Known to Maasai as “The Mountain of God”, it is still active, last erupting in 2007. Intrepid adventurers may climb its lava-encrusted slopes to stare down into its main crater and be perilously rewarded with sulfur fumes and occasional spurts of lava from smaller surrounding cones.

Firstly, you leave Arusha town as early as possible. Drive straightaway through the Masai Steppe and pass Lake Manyara area in the Rift valley. Then proceed the drive upto the escapement and across Karatu area to the Loduare Gate of Ngorongoro Conservation Area. However after a short stop at the gate for registration we drive up to the View point. While here, we make a brief stop to get some of the most breathtaking views over the Crater floor and take some photos. We then descend into the Ngorongoro Crater floor for game drives for the rest of the day. Additionally, Picnic lunch will be served at the picnic site by the hippo poolside. Then continue with game drives later in the afternoon. Finally we drive up the Crater rim and out to Karatu for overnight at a lodge.

Meals Plan: Breakfast and Lunch as well as Dinner

After breakfast you will descend into the Ngorongoro Crater also often referred to as the “Eden of Africa”. The largest unbroken caldera in the world the Ngorongoro Crater is unparalleled in terms of wildlife concentration. Your driver will be in constant contact with other drivers in order to locate the best sightings of animals. Eventually with a little luck you will be able to spot the big 5 inside the Crater. Shortly, lunch will be served at the picnic site. Later in the afternoon we will drive back to the Crater rim and drive to your lodge at Karatu.

Meals Plan: Breakfast and Lunch as well as Dinner

On this day after a leisurely breakfast at the lodge you will surely choose either visiting a Masai Village. Or going for a nature walk in the forests of Ngorongoro. Meanwhile, guided by an armed ranger you will walk in the forest trails. And if lucky you might bump into herds of buffaloes, elephants as well as other forest species like the duikers, also lion’s leopards etc. After the activities you will then drive back to Arusha town. With a brief stop at Karatu and Mto wa Mbu market towns where you may mingle with the locals and do some shopping if you so wish. Thus the End of the 03 days Safari in Ngorongoro Crater.

Thank you for specifically choosing Paradise Adventure Vacations, We hope to see again!

Accommodation Option: No (End of tour)

Accommodation as per the itinerary

Meals on full board basis while on Tanzania Safari

Deviation from the above program

Items of personal use 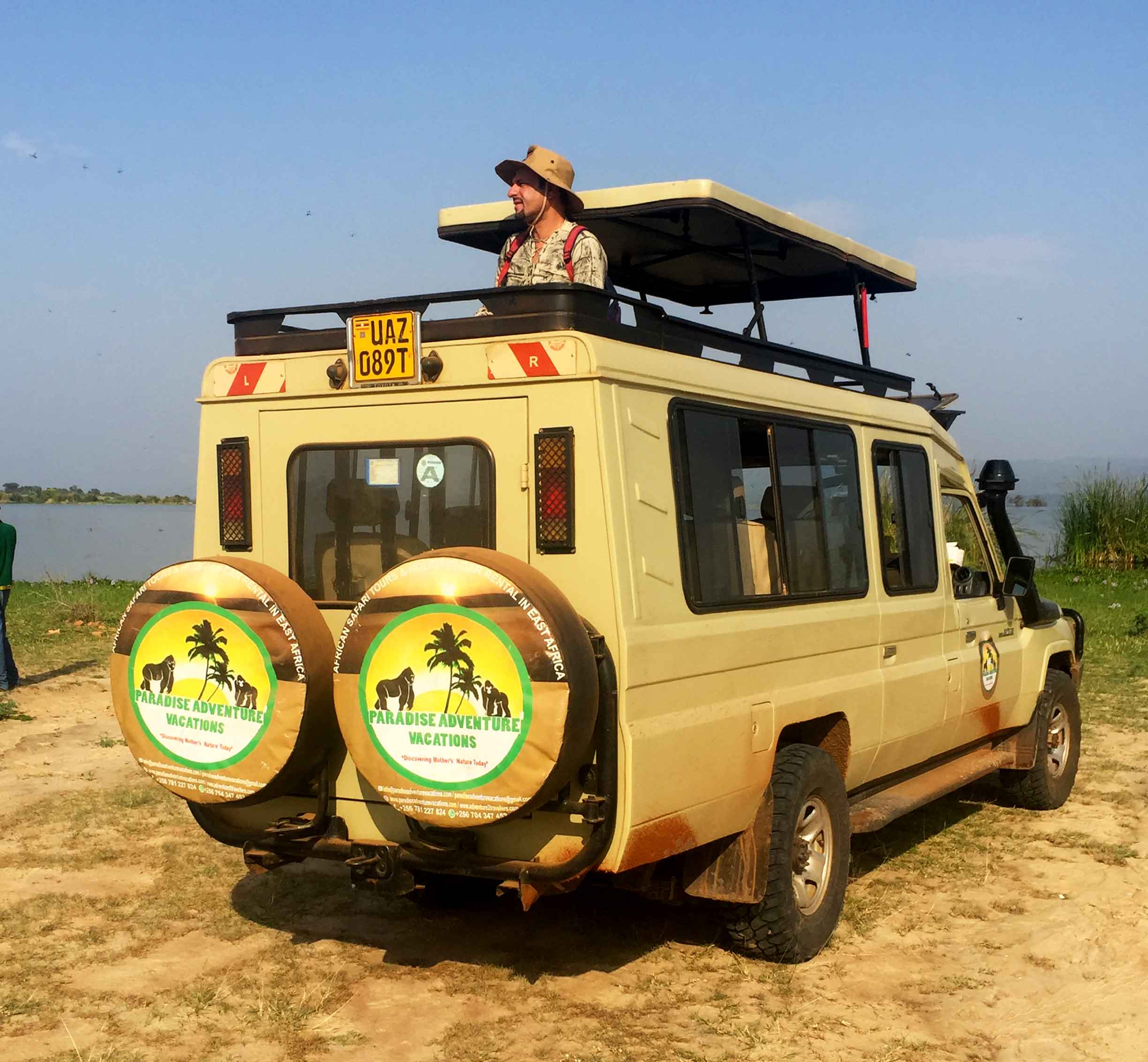 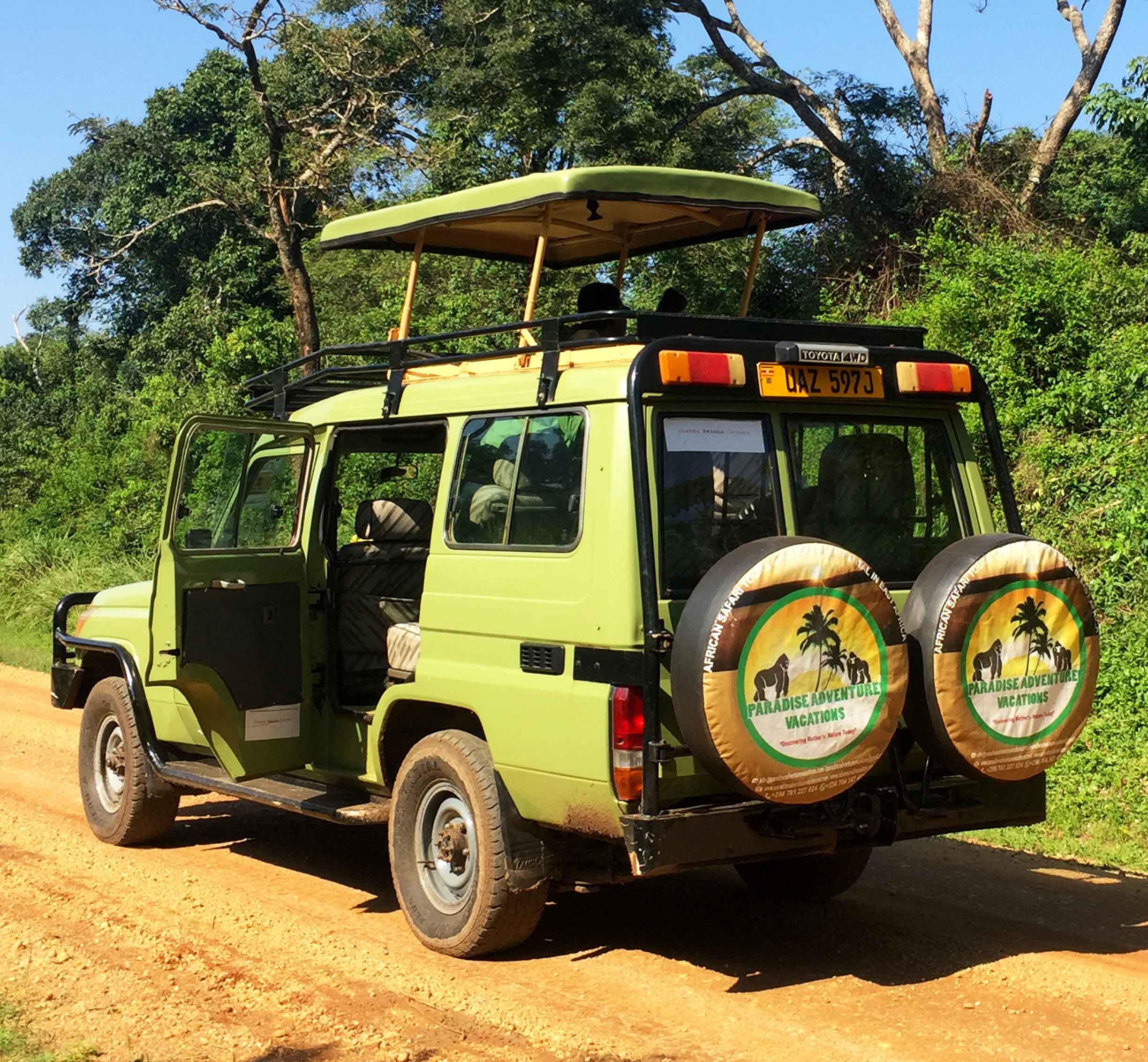 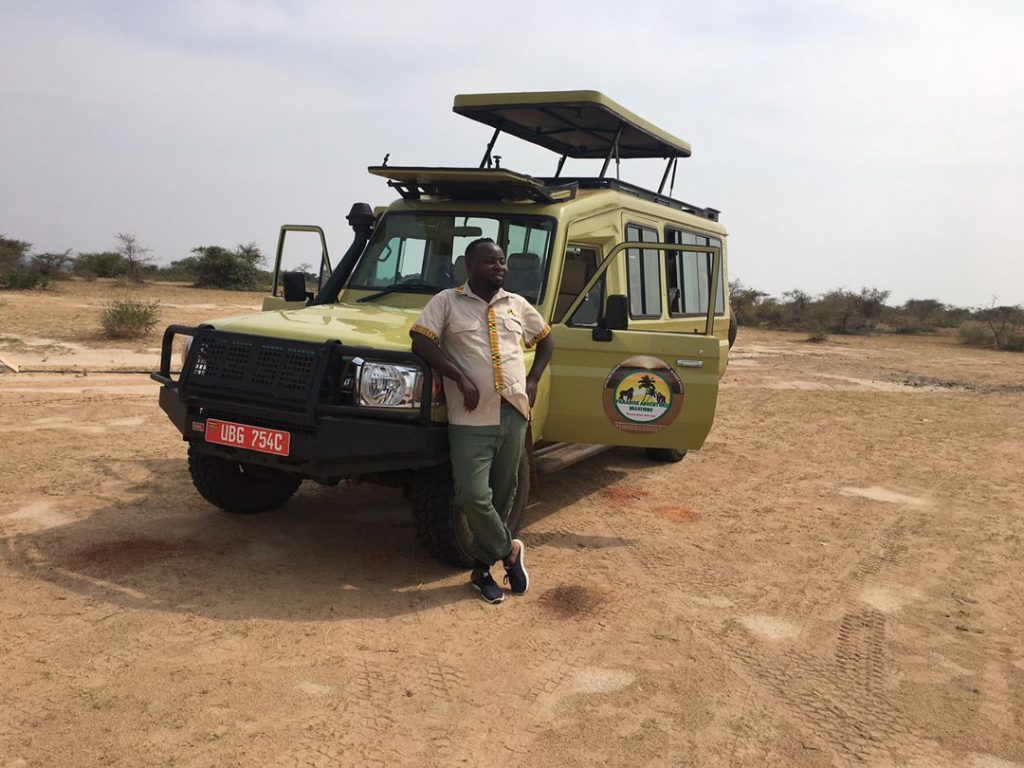 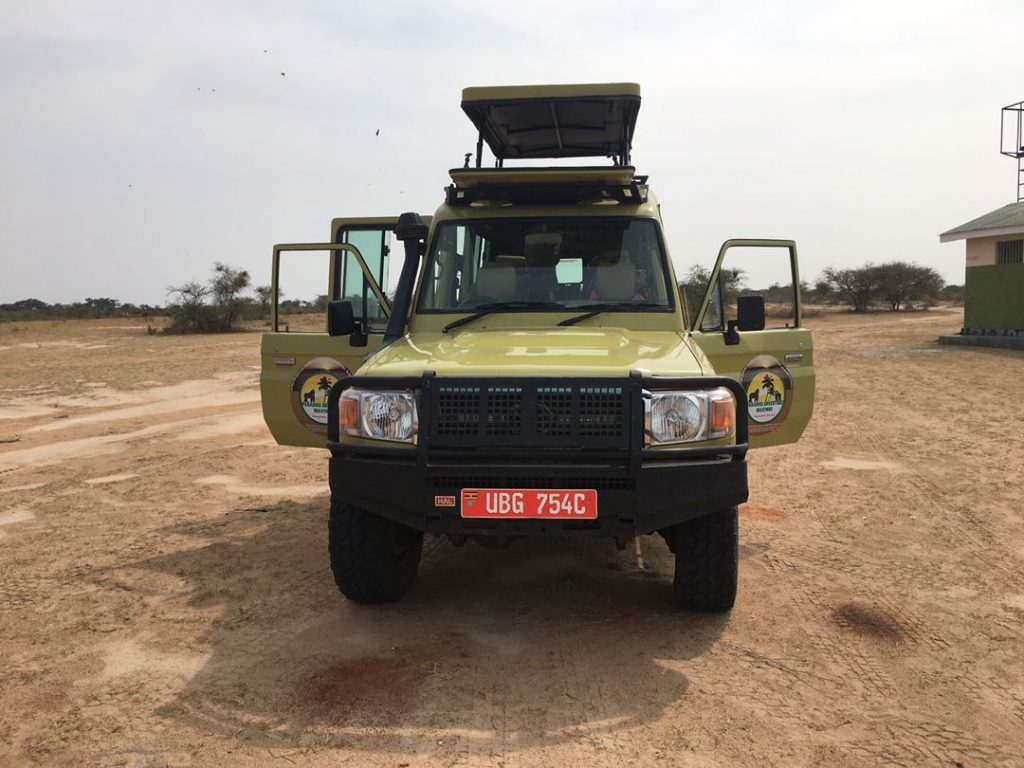 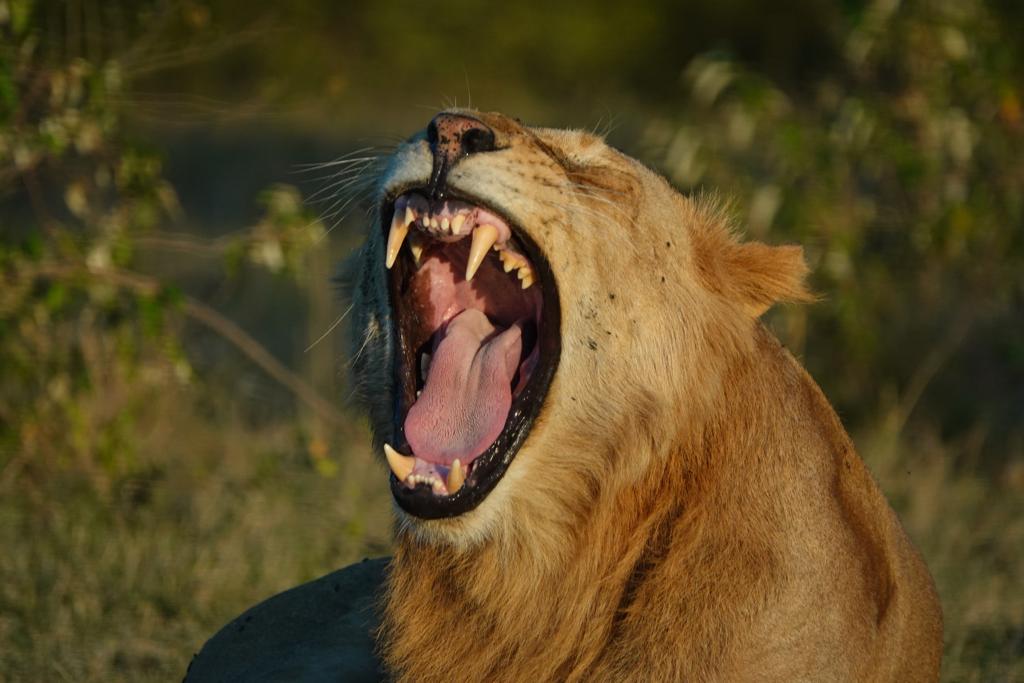