When you book with an account, you will be able to track your payment status, track the confirmation and you can also rate the tour after you finished the tour.
Sign Up
161

This is a 2 days Uganda Safari that takes you to Murchison Falls National Park, Murchison Falls National Park lies at the northern end of the Albertine Rift Valley, where the sweeping Bunyoro escarpment tumbles into vast, palm-dotted savanna. First gazetted as a game reserve in 1926 It is Uganda’s largest and oldest conservation area, hosting 76 species of mammals and 451 birds.

This is a 2 days Uganda Safari that takes you to Murchison Falls National Park, Murchison Falls National Park lies at the northern end of the Albertine Rift Valley, where the sweeping Bunyoro escarpment tumbles into vast, palm-dotted savanna. First gazetted as a game reserve in 1926 It is Uganda’s largest and oldest conservation area, hosting 76 species of mammals and 451 birds.- From fishing the Nile for the huge Nile Perch to the viewing of elephants, giraffe, baboons, hippos, buffaloes, antelopes of various kinds, lions, warthogs, hyenas, leopards, hundreds of species of birds, including migratory ones, storks of various kinds such as the elusive shoebill stork, reptiles, butterflies and a savannah that is beautiful, forests that just make you want to take a hike, and then there are the falls, absolutely fantastic. If you have only two days to spare, Murchison Falls National Park in Uganda is the place for you to go and experience your African Safari. Two days in the African Wilderness.

Entebbe Iternational Airport that is our starting point and ending point!

This is the main attraction of the park from which its names after as well as river Nile with crocodiles and hippos at the river banks. The most magnificent view of the water falls is on the top of where the sight and sound of the Nile roaring through a wide. The site which can be reached either by car and a 30 minutes climb or leaving the Paraa launch boat cruise.

The park is also composed of woodland, wetland, savannah as well as the tropical forest that is well known to be a habitant for different bird species and mammals. Among the mammals, many can be spotted including the lions, hippopotamuses, Rothschild’s giraffe, warthog, Cape buffalo, Uganda kob, Jackson’s-hartebeest and elephants. Game drives take place early in the morning and a tourist is able to see plenty of game. At Nyamsika Cliffs is where one can enjoy a picnic, the view and gaze at elephants and other wildlife on the green grassy hillsides and river below. Game drives are exquisite when accompanied by a tour guide. The best time for game drive is during the dry season.

The Launch trip begins at Paraa landing area at the point where river nile enters into Lake albert and takes you to the bottom of the falls. While on the cruise you will sight hippos, waterbucks, crocodiles, buffaloes and elephants. You will also see water birds such as cormorants, Fish eagles, ducks, Kingfishers, bee-eaters and the shoebill. The cruise is between 9am and 2pm daily however exceptional schedules can be arranged with the park management. Cruise takes you for 17Km from the bottom of the falls at Paraa for 3hours. Cruise from Paraa to River Delta is 28km and takes about 4-5hours. Fishing is available in the river above and below the fall. Do bring your own fishing equipment if you’re interested in finishing. Examples of fish available in the river to catch are Nile perch, tiger fish and more

Common Nocturnal Species in the area include: Verreaux’s owls, Nightjars such as long tailed and Pennat-winged nightjar which usually is watched between the months of March – September. Also available is the amazing standard-winged nightjar watched from November to February. Other bird species include: African Skimmer, White African fish eagle, long-toed plover, Gray Crowned crane, Goliath Heron and more

Tourists get to explore the wild on foot while in Murchison Falls Conservation area. There is a trail at Paraa winds throughout low hills, gullies and forest around the river. Nature walks happen at top of the falls, KaniyoPabidi and Rabongo Forest. Rabongo Forest Ecotourism Centre is located in an island of tropical river forest in the south-east of the conservation area. Savannah grasslands surround the forest. With a tour guide, one can explore primates like the Red-tailed monkeys, Black & white colored monkeys, Chimpanzees, birds, trees and medicinal plants. Kanio Pabidi is an serene area of natural forest within Budongo Forest Reserve, where you can walk beneath mature Mahogany and ironwood trees. Chimpanzee tracking is the most famous activity. You certainly see many forest birds, including the Chocolate backed Kingfisher, the White-thighed Hornbill, and Puvell’s Illadopsis found nowhere else in East Africa! Kaniyo Pabidi is on the Masindi – Paraa road, 8 kms from Kichumbanyobo gate.

In the morning prepare for pick-up at exactly 7.00 am to start the trip. Get to Murchison Falls National Park and drive to the top of the Murchison Falls. You get to witness the whole Nile squeeze through a narrow gorge of about only 7 meters wide and exploding into violent waterfalls into a whirlpool about 43 meters below. The sight of this world’s strongest waterfall is breathtaking. Proceed for your lunch, later set out for the 2.30 pm wildlife Launch cruise on River Nile. A relaxing ride of about three and half hours, you enjoy up-close sightings of a number of wildlife that throng the banks of River Nile namely hippos, crocodiles, buffalos, elephants, monitor lizards, warthogs, and a cocktail of birds such as African fish eagles, red-throated bee-eaters, skimmers, cattle egrets, and the elusive shoebill among others. The Boat ride takes you to the base of the Murchison Falls for yet another sight of these glamorous falls. Dinner and Overnight Accommodations
Luxury: Paraa Safari Lodge
Mid-Range: Murchison River Lodge
Budget: Twiga Tales Safari Lodge

After breakfast head to the Delta in search for birdlife and enjoy the game drive to look for lions, giraffes, herds of elephants, buffaloes and many more. We will drive back to the lodge for lunch before taking an afternoon boat cruise to the foot of Murchison Falls. This boat trip along the Nile is often cited as being the highlight of a trip to Murchison since it allows you to get up-close and personal with the animals. Along this stretch of the river, there are reported to be around 4,000 hippos in addition to some enormous Nile crocodiles. The birdlife is stunning with brightly colored kingfishers and bee-eaters darting along the riverbanks. If lucky, you may see the rare and prehistoric-looking shoebill, which is a cross between the dodo and a dinosaur. The boat takes you to the base of the falls which only adds to their impressiveness. Afterward, you will be transferred back to Kampala.
Main Destination: Kampala 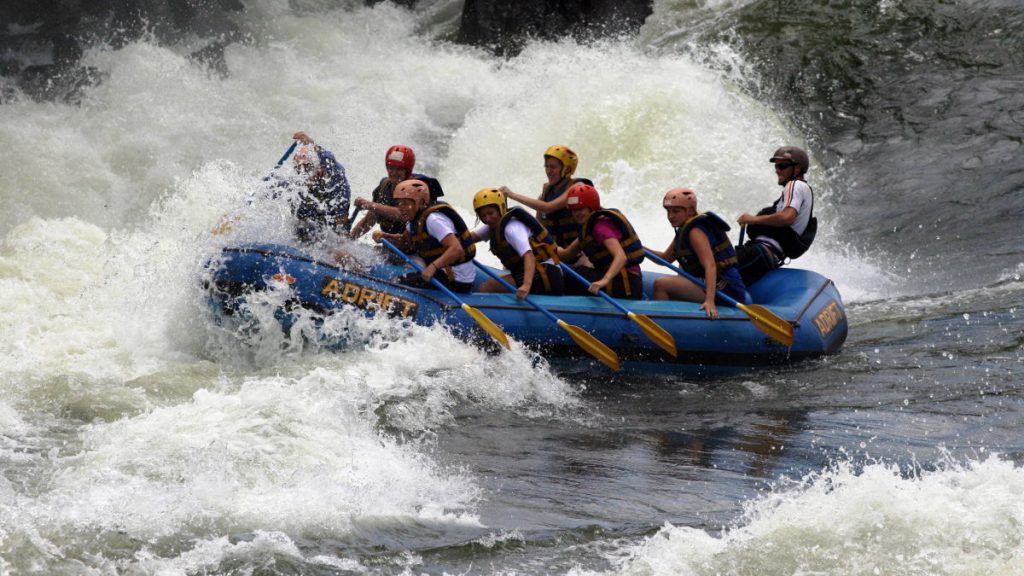