Our Team  for Paradise Adventure Vacations

All Our Team were born and raised in East Africa Countries, Uganda, Rwanda, Kenya, Tanzania and Congo and are trained naturalists, environmentalists, and unparalleled game spotters. They are all experienced, friendly, and excellent at their jobs. Furthermore, all of our guides are fluent in English, French, Spanish, Germany, Italian, and most of them have over 15 year’s safari guiding experience.

Their number one goal is to keep you safe, happy and informed in any and all ways possible. Paradise Adventure Vacations we are like a family, and when you are on safari with us you will be treated like family member. We are simply passionate about sharing the land we know and love, years of involvement in the industry has taught us a brand of customer care for our clients.

Paradise Adventure Vacations Team, we are here to make your African Safari dream comes true, not only to show all animals  and the great Apes of Uganda, Rwanda and Dr. Congo you always wanted to see while on safari, but also to provide the best service to you in general.

All our safari vehicles we use on safari are open roof, and therefore each of you will be offered a window seat with seat belts in each seat.

Our Team  for Paradise Adventure Vacations 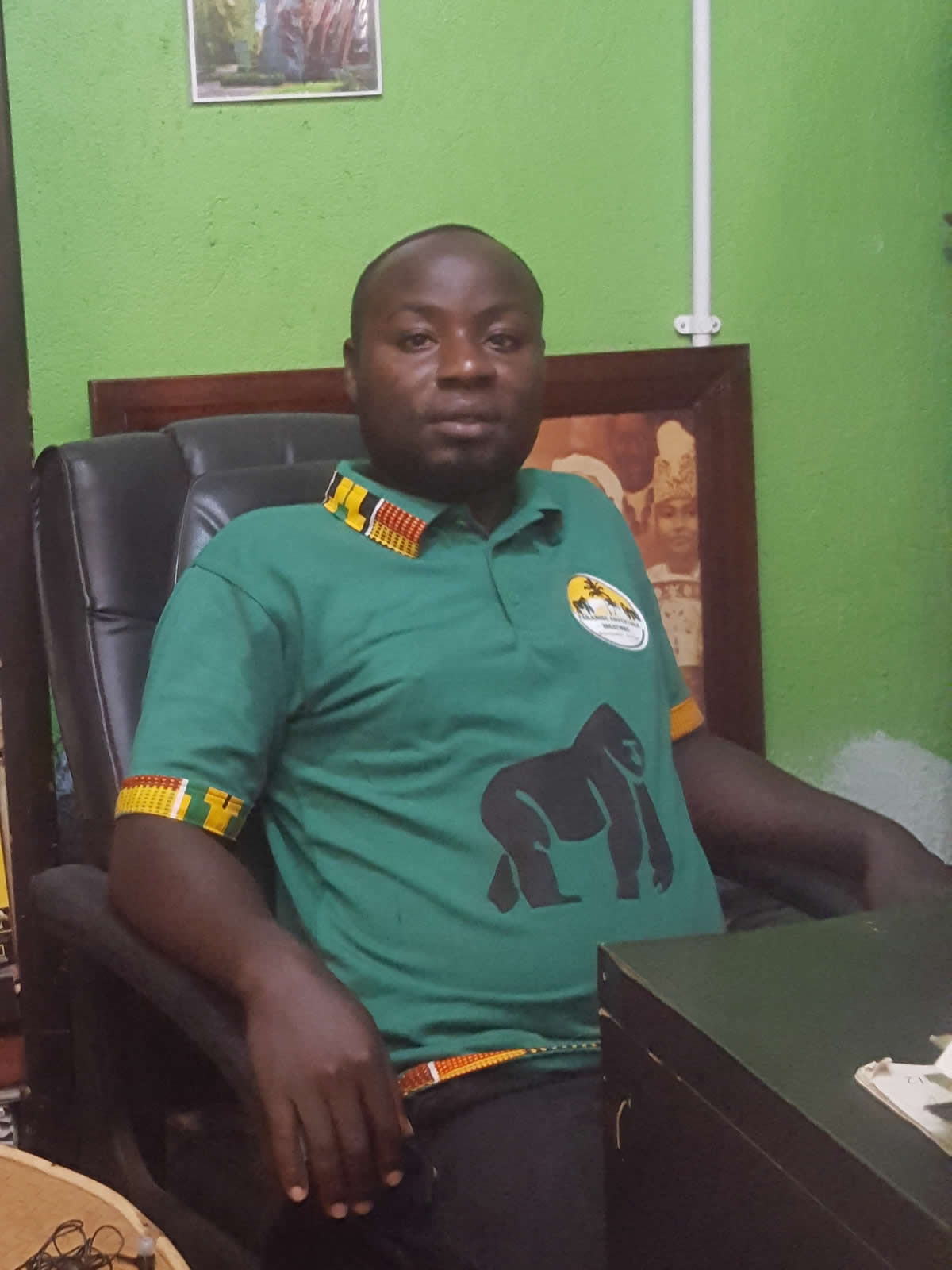 Kiwanuka Mussa Lubega is the founder and Managing Director of Paradise Adventure Vacations Ltd. He was born and raised in Eastern Uganda District called Bunyangabu/Kibiito. He has an inspiring and humbling background that reflects the person he is today. His true passion, apart from his family, is tourism. He wants to share the beauty of his home country with the rest of the world.

Kiwanuka Mussa Lubega has accumulative experience in the tourism industry of East Africa and Uganda, Rwanda, Kenya and Tanzania stretching from 2009 and has been an icon for Popularization of tourism in USA with reciprocated tourist arrivals to East Africa. My multilingual in attribute is prowess to marketing in different destinations including Italian, French, Spanish and all English speaking destinations.

With much love for Uganda I can’t go wrong with, boat trips on the Nile in Murchison Falls National Park and Kazinga channel, in Queen Elizabeth National Park, trekking the Rwenzori, Gorilla Trekking safaris in Bwindi Impenetrable national park, mgahinga gorilla national park, volcanoes national park Rwanda, Virunga National Park Congo and Chimpanzee Trekking in Kibale National Park, and Ecotourism at large. As a Director, to a DMC with rooted in African safaris and primate tracking it will be a pleasure to serve you my USA travelers. 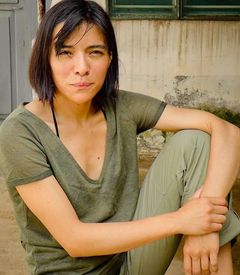 Our Travel Agent in Spain and Italy

Patricia is our Travel Agent and  Represents Paradise Adventure Vacations in Europe. Raised in Spain and Italy she lives  now between Paris and Africa. After graduating at University she started guiding photo workshops and trips in Europe before moving to western and southern Africa where she  developed a great passion for wildlife and adventure trips,  designing exclusive tailored adventure for selected guests and guiding french, Spanish and Italian Private Tours and Group Tours.

Pat loves nothing more than sharing her deep knowledge of Africa with her travellers. They arrive as guest, they leave as family. She develops different projects involving wildlife conservation and primate oriented assisted therapies. To all Travellers who wants to have Vacations in Uganda, Rwanda, Kenya, Tanzania, and Congo, she can advise with the best options for safari trip packages. 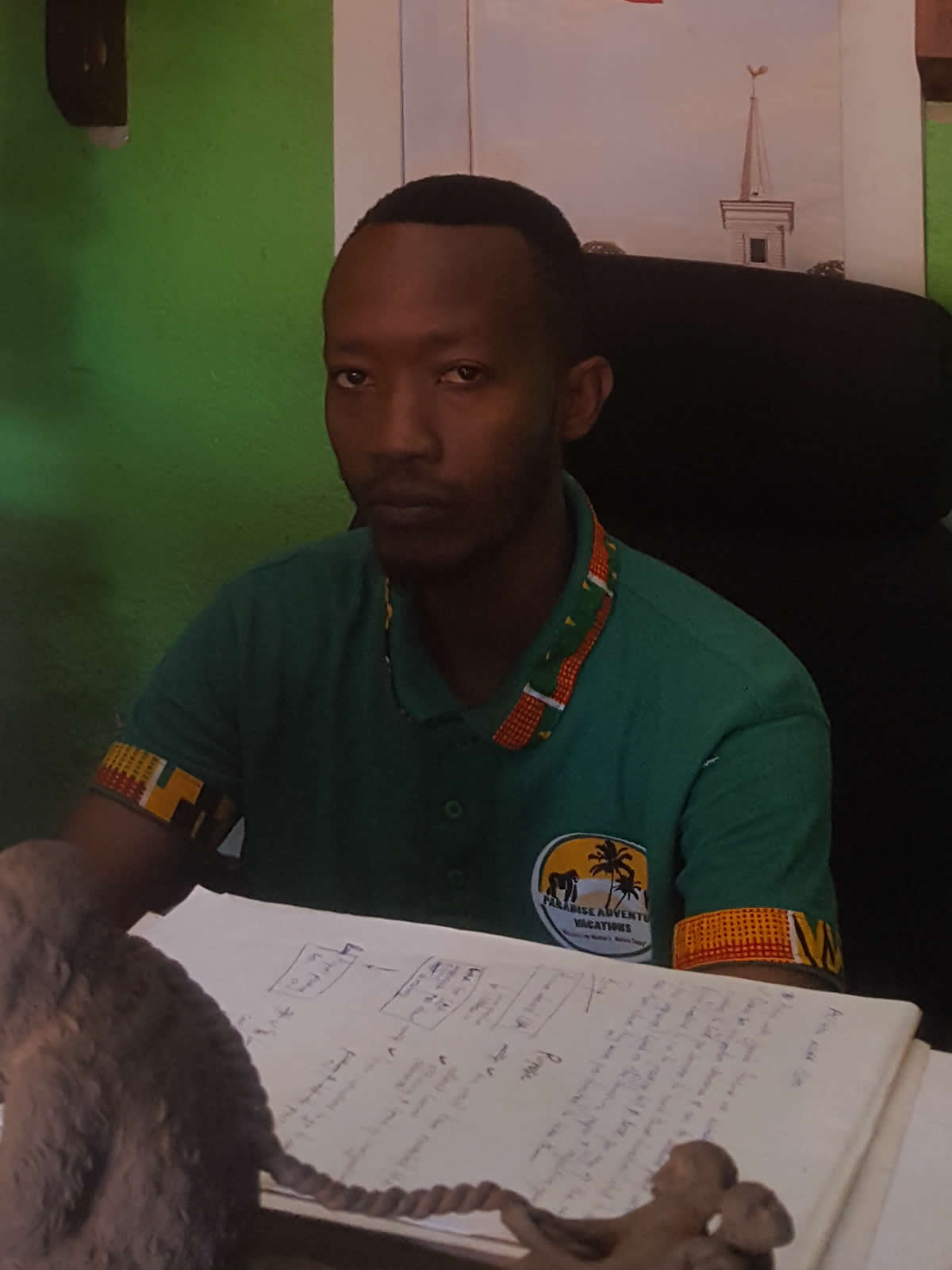 He is passionate about Uganda’s tourism for it portrays Uganda’s beauty to the world. Robert is a humble guy and believes in proving quality services for all clients and even after 10 years of successful running, He is still going strong. We can’t wait to see you and discover the mother’s nature today with us! 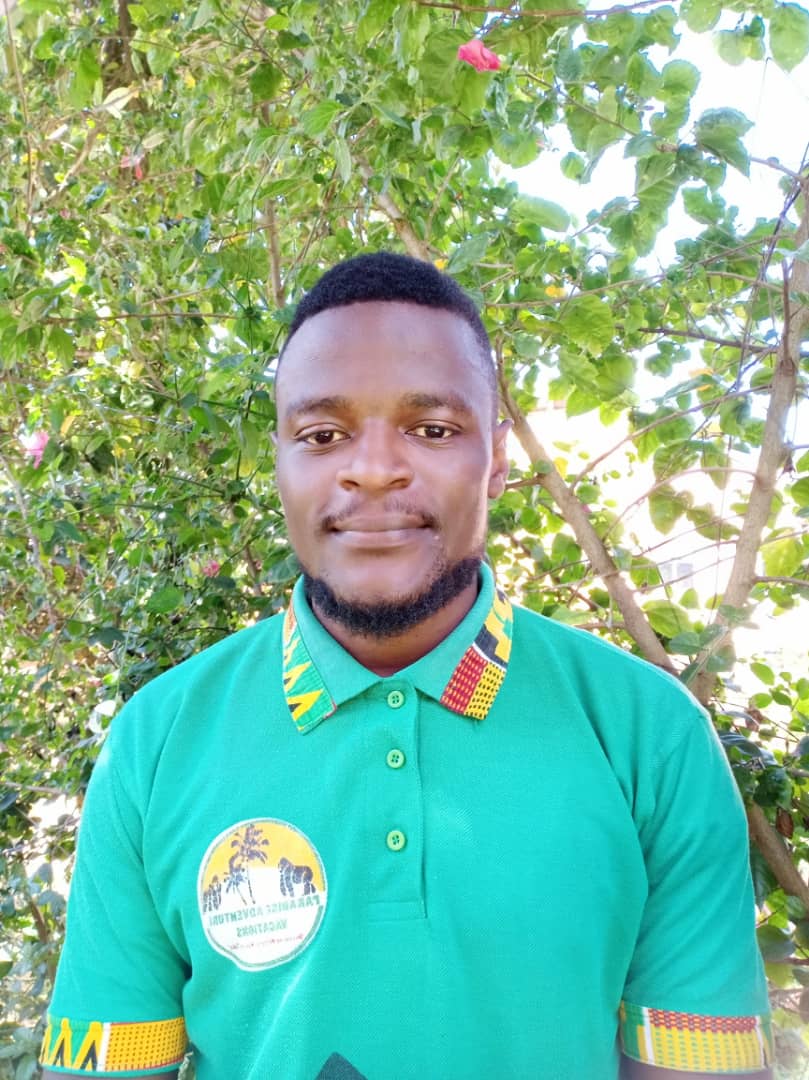 Khaleed is from Mweya region of Queen Elizabeth National park and spent all of his childhood there. He grew up in the bush and developed a passion for all nature and wildlife from an early age. He is from the Baganda tribe, rich in culture, making Khaleed knowledgeable in local sites and traditions.

He completed his secondary schooling in Kampala, after which he successfully completed a diploma in Tourism, Wildlife and Hotel Management. Khaleed spent many years, both during his schooling and after, working with environmental and wildlife research teams in Uganda’s main national parks: Queen Elizabeth, Lake Mburo and Murchison Falls National Park. He also worked with Paradise Childcare Uganda as a driver in the field, helping to set up the stations for charity and communicating with the locals.

In his free time he loves brushing up on his nature and wildlife knowledge through self-study, but also enjoys a good game of pool! He has a very easy going nature and positive attitude, making him very pleasant company and always has a smile ready. As he says, “life is good!”

I have a strong Business Management and Marketing background supported with my Bachelor Degree in Business Administration (specializing on accounting). It is a pleasure to work with such a vibrant, passionate and warm workforce at Paradise Adventure Vacations. We work as team all round to ensure your experience is unmatched. I genuinely believe a happy workforce directly translates into happy clients/guests.

I hope you will give us an opportunity to ‘wow’ you with our excellent variety of services and show off our well- trained staff…ensuring ‘your journey into the wild’ exceeds your expectations and leaves you only yearning more of Uganda, the Pearl of Africa.” 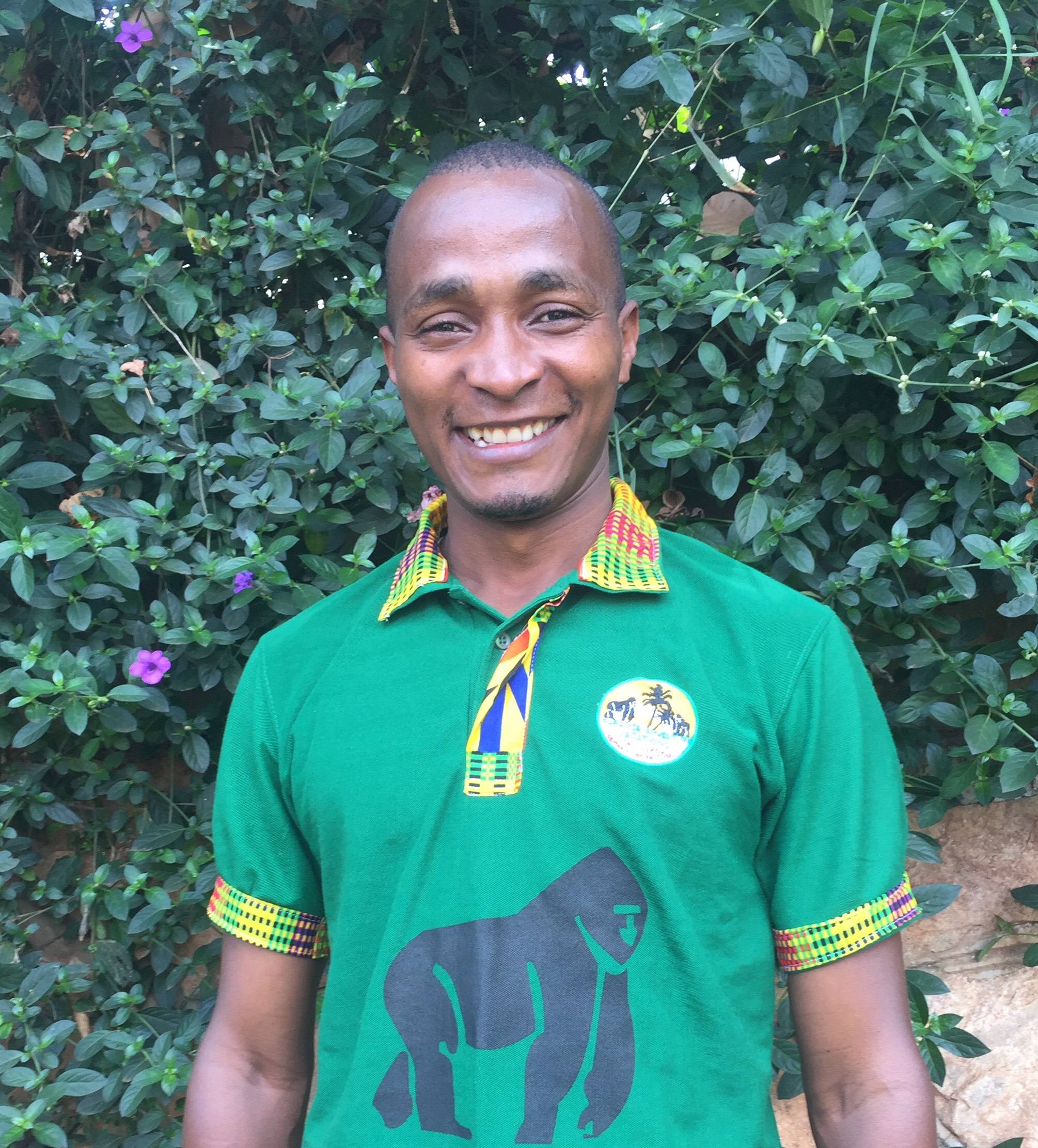 Yonah is from Kabale of Bwindi Impenetrable Forest National Park and spent all of his childhood there. He grew up in the bush and developed a passion for all nature and wildlife from an early age. He is from the Munyankole and Mukiga tribes, both rich in culture, making Yonah knowledgeable in local sites and traditions.

He completed his secondary schooling in Isingiro, after which he successfully completed a diploma in Tourism, Wildlife and Hotel Management. Yonah spent many years, both during his schooling and after, working with environmental and wildlife research teams in Uganda’s main national parks: Bwindi Impenetrable Forest National Park, Queen Elizabeth, Lake Mburo and Murchison Falls National Park.

Yonah has an incredible amount of practical knowledge gained from a hands on experience in the field and the national parks. He began guiding in the early 2010 and his depth of knowledge and skill is apparent from the first point of meeting.

In his free time he loves brushing up on his nature and wildlife knowledge through self-study, but also enjoys a good game of pool! He has a very easy going nature and positive attitude, making him very pleasant company and always has a smile ready. As he says, “life is good!” 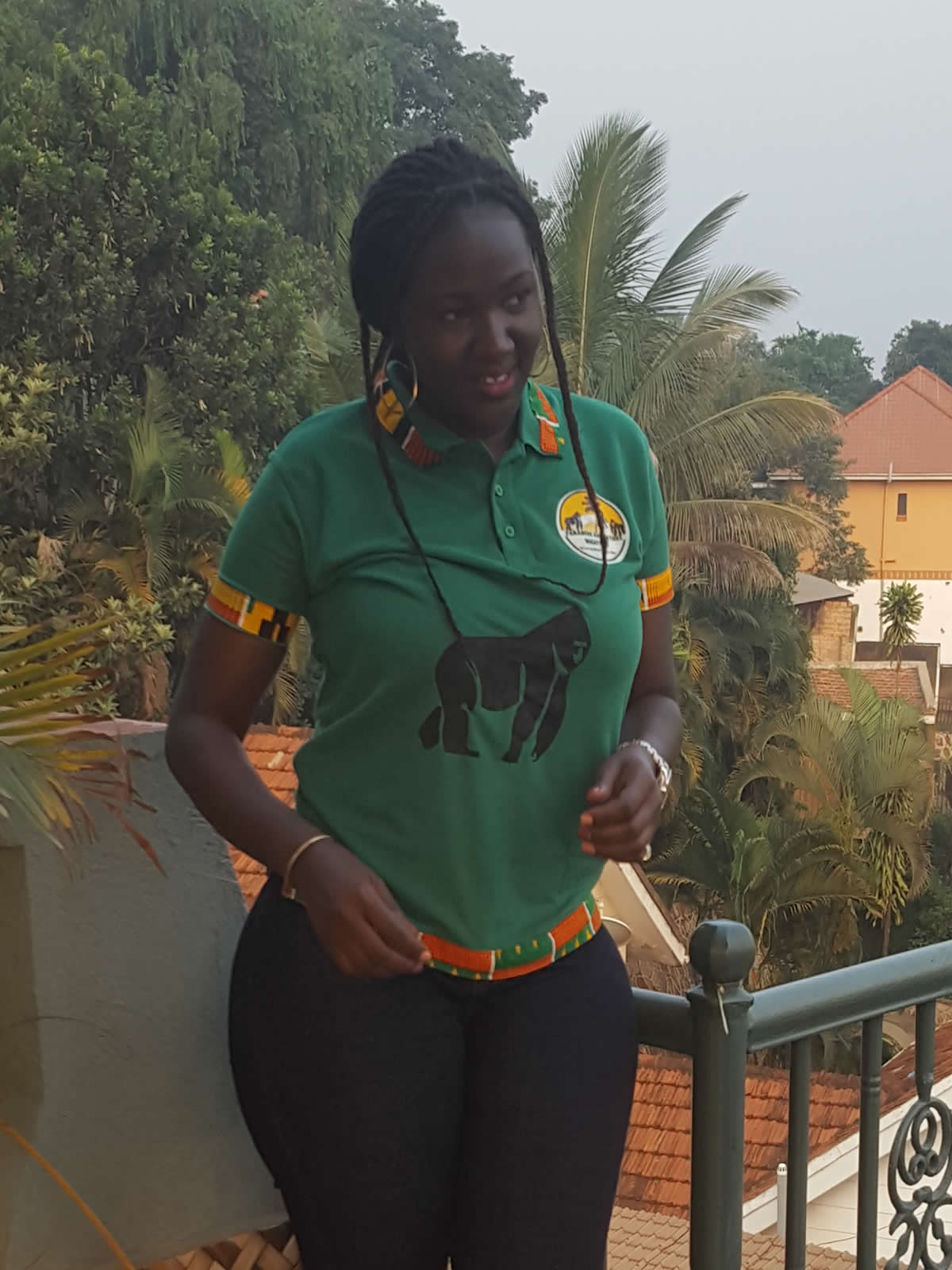 ‘TRAVEL IS NEVER A MATTER OF MONEY BUT COURAGE’.

Ronet holds a Bachelors’ Degree in Tourism and Hospitality Management at Makerere University Business School.I trained with Uganda Tourism Board(UTB) for Six(6)months to finally feel the worth of loving the beauty of nature. I later got a job in Star times a DIGITAL TV service and device provider as a Corporate Sales Manager connecting media and entertainment to Hotel industry a project I worked on passionately since it connected me to hospitality for a Three(3)Years. And back to my roots, as I joined PARADISE ADVENTURE VACATIONS as an Administrator for Four (4)Years now and still passionately working with this lovely energetic team that has a goal and objective of meeting its clients demands in tourism and taking it to another level across E.Africa .

You want to be part of the great team of PARADISE ADVENTURE VACATIONS? Well, here we are, taking you

Through the E.African memorable tour NOT forgetting the major one Pearl Of Africa (UGANDA) with its beautiful, Scenery and memorable Gorilla/Chimpanzee Trekking.

Let’s experience the beauty of nature with PARADISE ADVENTURE VACATIONS with experienced team full of smiley faces and great   customer care while satisfying our clients.