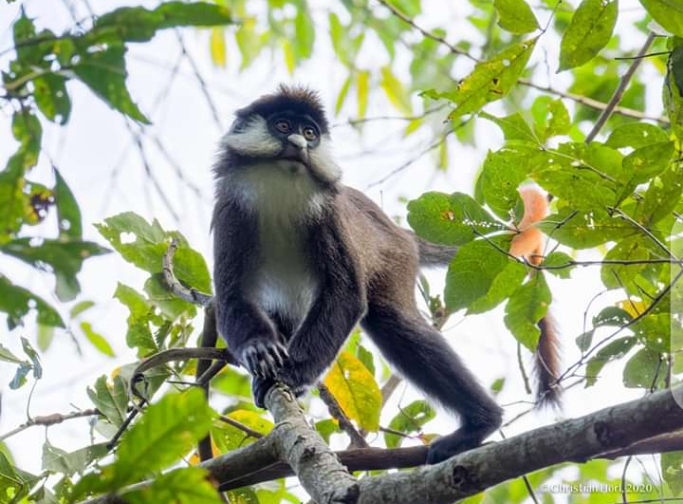 About Tourism in Uganda Republic of Uganda certainly known to be one of the landlocked in East-central Africa. The country  bordered by a number of countries. Including Kenya in the East, South Sudan in the North, Democratic Republic of Congo in the West and Rwanda in the South-west and Tanzania in the South. The southern part of the country has got a remarkable portion of Lake Victoria shared with Kenya and Tanzania. It is in the East African Great Lakes region and lies in the Nile Basin. With a varied and generally modified equatorial climate.

The official languages of Uganda are English and Kiswahili. Although several other languages used as a medium of instructions in schools or other educational  institutions like legislative, administrative or judicial purposes as prescribed by law. Luganda widely spoken across the country. And others like Runyoro, Acholi, Runyankore, Rukiga, Luo, and Lusoga among others.

Uganda as nation surely has got a very strong cultural heritage with a number of regions with Kingdoms. That describe different tribes and their culture and these include Buganda, Toro, Bunyoro, Busoga and Rwenzururu kingdoms. Ugandans are remarkably hospitable people with a diversity of rich culture and lifestyles each one with its own interesting traditional dance.

Besides cultural dances, Uganda’s culture and traditions  also expressed through local Arts and crafts made from local materials such as papyrus reeds, clay and wood. These art and crafts include weaved baskets, wood carvings, beaded jewelries. All these and many more  found at all points of the country for example in craft/gift shops, hotel/lodges, urban galleries and national Theaters. Always consider taking on a cultural tour while on a safari to Uganda and explore the beautiful culture of Ugandans in the known destinations.

Some of the remarkable cultural and historical sites in Uganda are;

This is a very important cultural site in the Buganda Kingdom located 5km from the capital city Kampala on the Kasubi hill. This cultural site a UNESCO heritage place and known in history as a burial ground of four Baganda Kings. Locally referred to as” Kabaka“. Much Respect and Royalty  given to this site as it holds great historical treasures in Baganda kingdom. And for a number of centuries the Ganda rituals  performed in this same place. This is a worth place to visit while on a tour in Uganda.

This is a vital place in history especially for the Christians.  Known as a laying ground for over twenty two (22) catholic Christian converts and twenty three (23) of Anglian Christians . Brutally executed following the orders of Kabaka Mwanga ii in 1886. A lot of pilgrims made to this place yearly by both Roman Catholic Christian churches and Anglican churches both within the country. And across the Global a public holiday celebrated every 3rd June of the year to remember and pray for the fellow Christians who gave out their lives for Christ’s sake.

These are fascinating spiritual falls that hold a unique significance to Baganda people. The falls are located in Mukono district a few kilometers from Kampala. They have got interesting spiritual features that Baganda people define and believe as a tradition. Besides cultural values, Sezibwa falls attracts a great number of tourists. It’s also a very good spot for bird watching, rock climbing, spiritual healing and relaxation.

This is one of the must visit cultural sites while on a trip in Uganda. The name Ndere  derived from a Luganda noun “Endere” which means a flute. Ndere troupe Cultural Centre is located Ntinda and probably one of the best places to enjoy traditional dancing, cuisines and culture from Kampala and Uganda at large. The place attracts a crowd of tourists and offers accommodation services. her important sites to visit include; Bigobyamugenyi, Nyeru Rock painting, Wamala tombs, Igongo cultural centre, Nkokonjeru tombs, Nakayima tree. Those and many more to offer great experiences of culture.

In addition, Uganda popularly known as the “Pearl of Africa”well endowed with a variety of fauna and flora. This endowment has made it one of the top tourist destinations in Africa and the whole world. Uganda’s attractions range from mountains, rivers, lakes such as Lake Victoria being the largest water body in the land, national parks, game reserves, monuments, museums and many more. About Tourism in Uganda

Among the top attractions include the source of the Nile River  the longest river in Africa and Bwindi impenetrable national park  famously known to have half of the world’s remaining mountain Gorillas.

Some of the major attractions to see while in Uganda

One of the top ranked attractions in the country. It offers amazing experiences of gorilla trekking to visitors who visit this interesting destination every year. Over 300 gorillas estimated to be in this impenetrable forest with over 116 gorillas habituated.  Situated south-western Uganda on the edge of the rift valley. The park’s mist-covered hillsides blanketed by Uganda’s oldest and most biological diverse rainforest.

Besides gorillas, the park also harbours over 120 mammals with over 350 bird species estimated including 23 indigenous/endemic. Certain local communities for example Batwa pygmies and Bakiga live around this forest who can offer great culture encounters after a gorilla trekking experience. Other activities such as hiking along Buhoma trails and mountain biking are also available to tourists who visit the place.

Murchison falls National Park is Uganda’s largest and oldest protected area and one of the eye-catching on the African content.  Divided by the Victoria Nile which plunges 45 meters over stub rift valley wall, creating a dramatic Murchison falls. About Tourism in Uganda

A boat ride taken along the Nile River to the foot of the falls which gives a rewarding experience of nature, as the northern bank endows a variety of mammals, reptiles and birds. However other activities like sport fishing and guided nature walk are also possible to offer visitors lifetime memories.

This is the world’s referred Primate Capital and the most varied tract of a tropical forest in Uganda. The parks. The park is home to East Africa’s largest population of the 13 endangered primate species which include, Chimpanzees which are a major attraction of the park and 1450 estimated number. About Tourism in Uganda

This is Uganda’s most isolated national park situated in the northern wild frontier of Karamoja region. The park is basically a savannah landscape that extends far beyond the gazeted area. The park has got a variety of wildlife such as lions, buffalos, Jackson’s hartebeest, Oribis, giraffes, reedbucks among others. It has also got other interesting attractions like the Kanangorok springs located 11km beyond the Kidepo River which gives rewarding views of mountains beyond the frontier. Others are mount Morungole which stands at 2750m and is crossed by Kidepo and Narus Rivers which nourish the park’s wildlife.

Source of the Nile River

River Nile specifically being the second world’s longest River, with Lake Victoria as its source, starts its 6500km journey from here to the Mediterranean Sea. A visit to the source of the Nile is truly an awarding moment which gives a lifetime experience. The Nile River offers a focal point to the flow of water from the only outlet Lake Victoria due to over of water, rapids are formed which give an opportunity of white water rafting and kayaking.  In addition, there is an amazing golf course unrolling along the River Banks.

This is  Africa’s most magnificent mountain parks and Africa’s tallest mountain range exceeded by Mt. Kilimanjaro, Mt. Kenya carrying Africa’s third, fourth and fifth highest peaks that are seen from miles around. Mt. Rwenzori is one of the world’s best hiking and mountaineering destinations. A 9-12 day trek will get experienced climbers to the summit highest peak Magherita. About Tourism in Uganda

However, the Rwenzoris are located within four major districts in the country namely; Kasese, kabarole, Ntoroko and Bundibugyo districts in western Uganda. The park is habitat to several mammals, bird species, reptiles, and amphibians.

This is especially Africa’s largest lake shared by three major countries namely; Uganda, Kenya and Tanzania. The lake was named after Queen Victoria by British Explorer John Speke in 1858. It receives its water from small streams like River Akagera and usual Rainfall. The lake has got several Islands located on it.  The most common being Ssese Island that attracts a number of tourists because of its beauty, affordability and easy to access factors. More to find on this Lake Ngamba island. Where the Chimpanzee sanctuary is situated, fascinating sunrises, sunsets and holiday weather all year around.

This is one of the interesting Lakes in East Africa. That offer a breathtaking moment of relaxation  to Tourists after their Gorilla trekking experience either in Uganda or Rwanda. They surely get to enjoy one of the most beautiful sceneries in the world.  Several cultural and community activities for instance canoeing, boat rides, local tours, swimming, hiking, Bird watching, Batwa and pygmy village tour.

The lake is also one of the second deepest in Africa. And is located in the south western Uganda between Kisoro and Kabale districts close to the border with Rwanda.

Best of About Tourism in Uganda